When John Carmichael advertised that he had created a series of engravings of Sydney and its surrounding scenery in December 1828 (3 years after his arrival to Sydney), this collection of a booklet with 6 images were sold publicly from  March 1829 and was all sold by end of May 1829.

There were some comments about this booklet called “Select Views of Sydney, New South Wales”, including the images – shown below – from various newspapers between December 1828 and May 1829:

Mr. John Carmichael is fast completing his series of engravings of Sydney and its surrounding scenery. Two of the views we have seen – they have taken Mr. Carmichael two months’ assiduous labor, and certainly do him infinite credit. In one view the observer is supposed to be stationed on Hyde Park, looking north-easterly. It takes in the unfinished Roman Catholic Chapel, with the range of streets lying north-westerly; the other from near the Commissariat Stores, looking up George-street. It is proposed to complete the whole in six views, to be published with a prospectus, at 15s. sterling. This is far too low to numerate the skill and time of the engraver, whom it will take months ere he can complete a work, which, in this country, was never yet equaled, and in few places promises to be excelled. Ingenuity and skill, such as are displayed in this undertaking are certainly well worthy of cultivation, and we would confidently solicit the warm support of the public in behalf of the engraver, who has a further claim upon the patronage of the liberal minded, in his being dumb, and we believe, deaf. Should Mr. Carmichael complete his stupendous work, it will be a credit to the Colony. The two views we have seen deservedly rank him with the best second rate landscape engraver of the day.”

IN the hands of the Artist, and speedily will be published, price 4 Dollars, stitched in a handsome cover, six select Views of Sydney and its environs, dedicated by special permission to Sir JOHN JAMISON, President; and to the other Members of the Agricultural and Horticultural Society of New South Wales.
The Engravings will not only be finished in the most superb style, so as to render them worthy of a place in the portfolio of the connoisseur, as superior specimens of the Art; but they will also be calculated to exhibit to those at a distance, a true picture of this interesting Town, of this our Australian Metropolis, and accompanied too with such letter press illustrations as may be necessary.
As the plates of all fine engravings, only print a limited number of impressions, and these of course, the most perfect at the first; it is therefore respectfully suggested to those who may he desirous of obtaining copies, to insert their names and addresses into the subscription list, as early as possible, so that they may be supplied in the succession of their applications.
Subscription Lists, now lay open at the Bank of Australia; the Bank of New South Wales; the Sydney Gazette Office; the Australian Newspaper Office; the Monitor Office; Cummings’ Hotel; the Royal Hotel; the Australian Hotel; Hill’s Rose and Crown Tavern; and, at Mr. M’Naughton and Rowell’s, King-street, the lodgings of J. Carmichael, the engraver and proprietor.”

Images of “The Select Views of Sydney, New South Wales”: 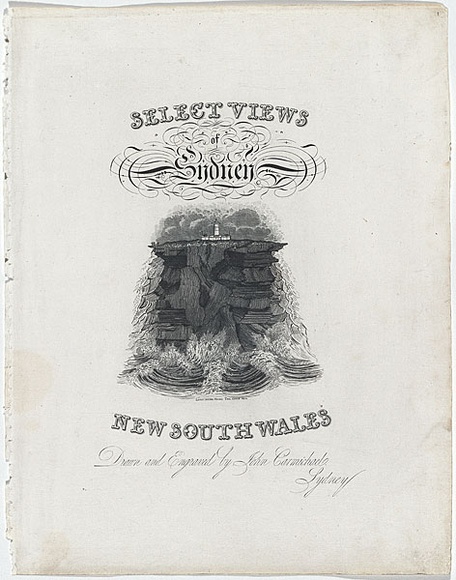 Other images in this booklet:

Sydney from the Domain near Government House (http://nla.gov.au/nla.pic-an6065577) 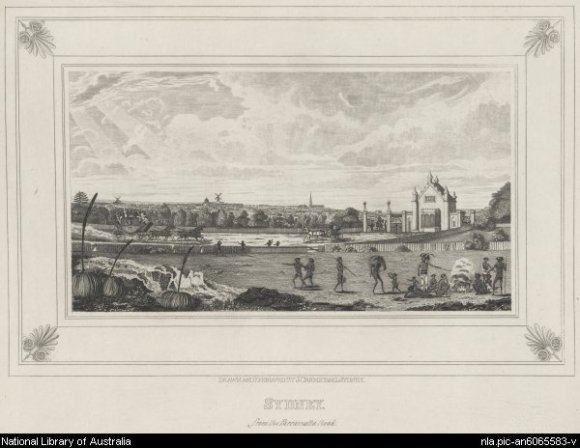 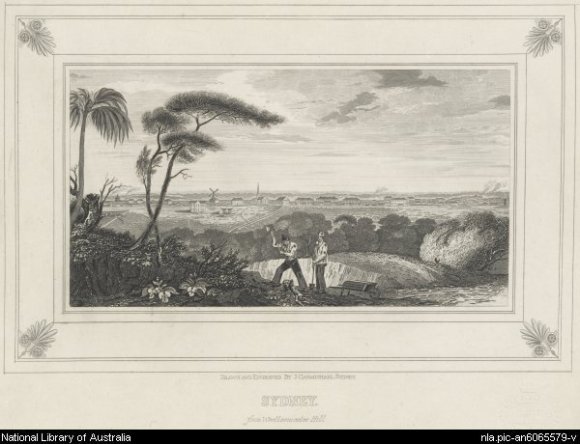 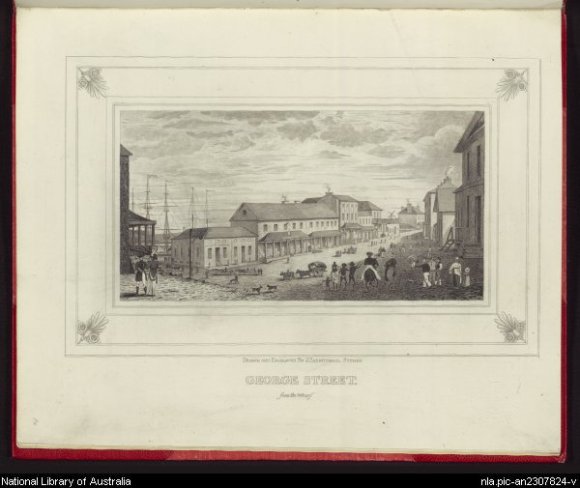 He did quite a lot, especially for some publications – which is too numerous to mention here. However there is one notable publication that should get a mention here, “Picture of Sydney: and Strangers’ Guide in N.S.W. for 1839” by James Maclehose: 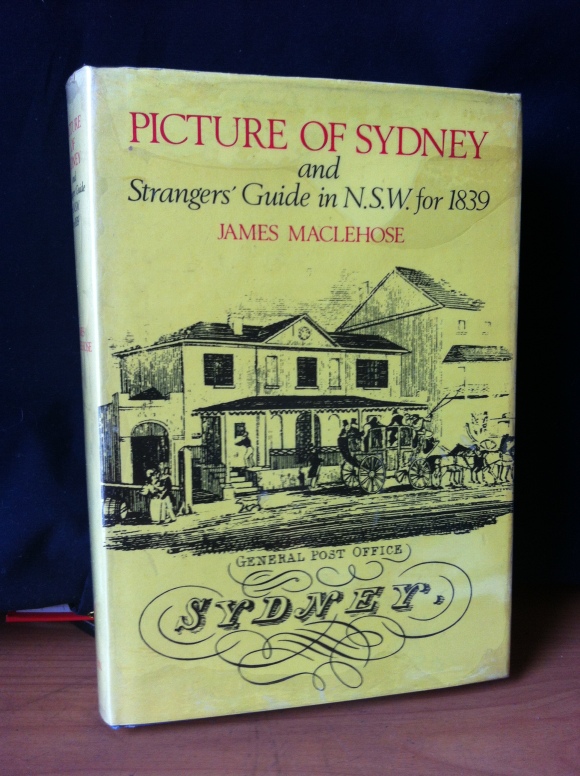 In this publication, John Carmichael did 20 engraved images, covering buildings, people, landscapes and maps. Only several selected ones shown below: 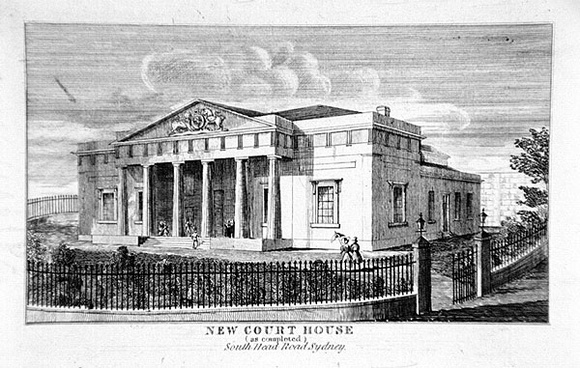 There would be more – you’d find some through State Library of NSW or National Library of Australia.